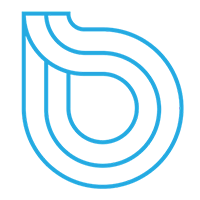 Bitwage is a platform that enables payroll and international wage payments performed with Bitcoin, local currencies and commodities and was founded in 2013 by John Lindsay. Bitwage is headquartered in San Francisco, U.S. Originally, Bitwage was created as a pure Bitcoin service for U.S. employers, but when it became clear that a large percentage of the volume was coming from international clients, Bitwage started its international payroll services. Bitwage is currently used by such employers as Google, Airbnb, The World Health Organization and Facebook. International payments with Bitcoin are cheaper and faster than with standard money, although sending and receiving local currency is also a part of Bitwage services. According to Bitwage’s official web-page, there are currently more than 19 thousand employees that are paid through Bitwage service.
Scelta dell'Editore
Cointelegraph YouTube Iscriviti
Pubblicità