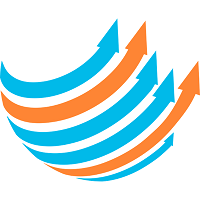 Factom or FCT coin is a cryptocurrency for internal use on a distributed, decentralized platform based on blockchain technology with the blocks consisting of encrypted information. Speaking of the Factom platform, the project was launched in 2015 with two main purposes: expanding the size of blocks in the blockchain and the facilitation of computing power. Therefore, the size of a block now is limitless, compared with classical ones which have a capacity of just 1 MB. They were able to achieve this result through the use of sidechains that create an extra layer of information. The key function of a sidechain is to generate a hash that connects basic blocks with additional ones. The Factom team has succeeded in combining a familiar blockchain with an array of useful options. It is able to store unlimited amounts of data without the fear of being falsified. Besides common documents, any kind of application or script can be stored on its network.