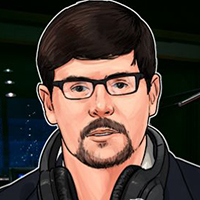 Gavin Andresen is an American programmer who is the main software developer for the reference implementation of the Bitcoin client software. In 2010, after Satoshi Nakamoto had announced he would be leaving the project, Andresen took on a leading position by joining the core team. In 2012, Gavin Andresen founded the Bitcoin Foundation in order to find support for the development of virtual currency. Currently, he is the main research officer of the project. Andresen also has access to the special alert key that allows him to send messages about internal problems of the network to all its users. Gavin Andresen’s net worth is about $2 million, most of which is in Bitcoin. The support of Gavin Andresen behind Bitcoin Cash is currently a hotly debated subject, as he has published a comment on his Twitter describing BCH as the successor of his work on the BTC project.
Scelta dell'Editore
Cointelegraph YouTube Iscriviti
Pubblicità