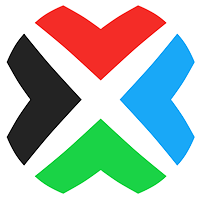 BTCChina or BTCC is a cryptocurrency exchange that was founded in 2011 and, since then, has become one of the largest platforms that is used not just for trading, but for mining as well. The company is headquartered in Shanghai. There are about 90 currency pairs available and the most popular virtual currencies there are Bitcoin and Litecoin. The main feature of the BTTC exchange is having several layouts for different operations, such as CMY Spot Exchange for working with the Chinese Yuan, BTCC Pro for trying margin trading including USD, BTCC DAX for operations with Ethereum, etc. The BTCC mining pool is a project which was founded in 2014 and now allows mining not only BTC, but also other popular cryptocurrencies. During the second part of 2017, it mined 1,824 blocks that amounted to 6,5% of all issued Bitcoin.
Scelta dell'Editore
Cointelegraph YouTube Iscriviti
Pubblicità