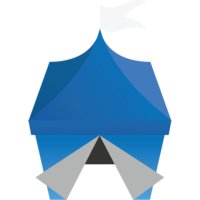 OpenBazaar is a peer-to-peer protocol using open-source software developed for the realization of a fully decentralized marketplace operating without mediators between traders and customers. OpenBazaar was initially released in 2014 by programmer and Bitcoin enthusiast Amir Taaki and a team of other developers. Trades on OpenBazzar are processed via Bitcoin payment method with the ability of putting the price in fiat currencies, with the absence of transactional fees. Despite the anonymity of purchases made on OpenBazaar, drugs and other illegal-goods trafficking is prevented with the development of the platform working only with large, verified traders. According to the official website, the new available OpenBazaar 2.0 version has upgraded user’s interface that facilitates the buying and selling process. The new platform is also better protected against hacking attacks.
Scelta dell'Editore
Cointelegraph YouTube Iscriviti
Pubblicità