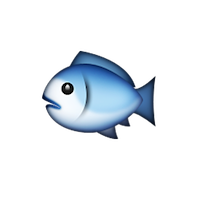 F2Pool is a mining pool, which is a collaboration of miners where everyone contributes some computer power to discover blocks. F2Pool, also known as Discus Fitch, was launched in 2013 and is currently one of five largest mining pools in the world. In 2014, F2Pool became available for mining not only Bitcoin, but also some popular altcoins as well. The project was founded by Chinese investors and is now headquartered in China. There are about two million active users of the pool, of which 50 percent are Chinese citizens. Besides the main rewards for mining, users get a three percent reward for using the pool. This is the only pool operating with peer-to-peer payments. F2Pool fees for withdrawal doesn’t surpass four percent. F2Pool payouts are daily, and they are automatically sent to F2Pool’s wallet.
Scelta dell'Editore
Cointelegraph YouTube Iscriviti
Pubblicità